Taylor Makakoa is a Las Vegas-based model who has appeared in Maxim Magazine.

I was contracted to work on a team of three developers to produce TaylorMakakoa.com.

TaylorMakakoa.com was developed on the SavvyView platform, which I developed much of the backend for. The artwork was done by SavvyPhone designers. This site featured a custom photo and video gallery.

TaylorMakakoa.com is an “Adaptive” website, meaning that the design and functionality changes between desktop, tablet, and mobile devices. 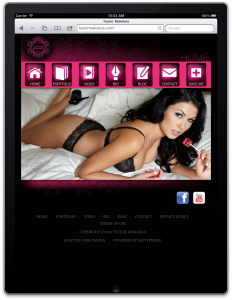 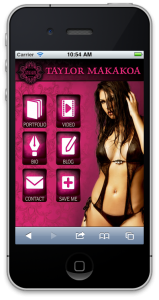